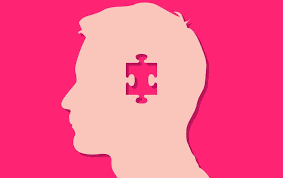 I have many Christian clients who have brilliant results with hypnotherapy. I personally have observed this and feel that part of the good results Christians obtain is because they understand the power of prayer and prayerful awareness. They are familiar with going within themselves. As such, they take their power of prayer into the hypnosis sessions. They will often have deep visions of being loved by Jesus and supported through their Christianity.

However, I get just as many Christians enquiring who tell me they would like to try hypnosis for deep seated issues and areas of their lives they feel they haven’t conquered but they are concerned about some of the biblical injunctions around altered states of awareness. They fear giving their mind over to another, and they have often seen television or stage show hypnosis where the participants appear to have no control over what they are doing. This is valid – why else would you jump around like a chicken? I get it.

So this raises two questions: first, a Biblical interpretation and secondly an understanding of therapeutic hypnosis and how that works – as opposed to stage show hypnosis.

First lets look Biblically – opponents of hypnosis normally would turn to Deuteronomy 18:9-13. In this passage the Israelites are entering into the Promised Land and God and gives them a warning not to enter into the practices of the pagan lands ahead. God says: “let there be found no wanted sacrifices his child in the fire; stay away from those who practice divination and sorcery, engaging witchcraft; cast spells…” In this example the focus of concern would be on the Hebrew term “cast spells” as being the same as hypnosis. This interpretation, if applied to a professional hypnotherapy session, is a stretch but it is the Bible verse most quoted in this context.

Different Churches have different views on hypnosis. Roman Catholics, the Anglican Church and Lutherans actively support and they use hypnosis in helping people. On the other hand, the Church of Christ,  Seventh-day Adventists, evangelical churches, fundamentalists and charismatics tend to preach and teach against it. Most churches and groups are in the middle where hypnosis is really not an issue or they see it as a private matter. I often send information to prospective Christian hypnosis clients via email and they can send this to their pastor and then chat through. Pastors want to help their congregation and appreciate some information so they can consider this therapy as a part of their belief system.

The second area to be aware of is the difference between stage show hypnosis (acting like a chicken for audience amusement and gags) and therapeutic hypnosis. So stage show hypnosis is a very different technique and stage show hypnotists are highly skilled in picking out the “likely” subjects from a crowd. They often do a sorting process as the show begins to get the best “performers”. I personally am not a fan of this and it has caused a lot of upset and embarrassment to individuals and I would not endorse this as a form of entertainment, but to each their own.

In therapeutic hypnosis the state is less intense and the clients can move around, come out of hypnosis and talk to the therapist. The therapist uses different techniques to encourage the client to communicate.  The therapist is trained to be very aware of the clients indications they are in hypnosis and we have to be careful to ensure we structure our sessions in line with the client’s belief system. A client who doesn’t feel supported and respected will not get the most out of their session.

On this matter I would say an important part of your research would be to find a trained and registered hypnotherapist and do not be afraid to ask questions or see their credentials and professional memberships. Many hypnotherapists, like myself, have underlying qualifications in counselling, psychotherapy and psychology and they use hypnosis as a tool in their practice. Many hypnotherapists are Christians themselves.

An article that I personally use a lot, and which I have quoted in this article to a certain extent, comes from Crosswalk.com and it’s written by Dr Roger Barrier, a retired Christian senior teaching pastor. Link below for those who want to read further: