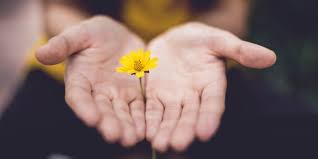 Forgiveness is a topic that has a few different angles.

From an emotional therapeutic view forgiveness is considered to be a sign the patient is moving on from negative emotions and further back to themselves. This is because whenever we hold anger or grudges against another it tends to trap us into a negative emotional cycle.

So forgiveness is good, right?

How do other people view it though? For many people forgiveness equates to letting the perpetrator off the hook, condoning their actions, making it “okay” for them and that punishment is better for the perpetrator.

So then we have to distinguish between “condoning” and “forgiving”. Condoning is saying “it’s okay what you did” and forgiving is releasing the person from your anger and in turn releasing yourself. All anger held toward another tends to damage the holder, even if it’s completely justified. This can take some time though.

It’s also completely rational during this process to consider boundaries and behaviours so that the client can protect themselves from the other individual or situation. Just because you are considering forgiveness doesn’t mean you need to associate with the person or situation again.

Some clients come to therapy having had a long period of anger and resentment toward someone else. They have felt the effects of this emotional turmoil and they want to release themselves. When we talk forgiveness though they may recoil and say “never! Not after what he/she/they did, etc”.

In hypnosis, depending on the issue and the therapy used, the client may experience a deep connection with the person they are considering forgiving. They may suddenly “see” the person for who they are or were and realise that forgiveness is a powerful state for the client. It can put them back in charge again for the first time in years.

In talking therapy, like counselling, it may be useful to talk through all the events and start to reframe and reshape the experiences. This can be a powerful experience for the client and they then find forgiveness to be another step on this journey.

Joseph Murphy wrote in his best selling book “The Power of Your Subconscious Mind” that the acid test for forgiveness is if you can hear that the person you previously hated has had something good happen to them and this does not trigger a negative emotional action.

The other part of forgiveness is when the client forgives themselves – this follows the same principles as above and is another powerful step on our journey to being whole and happy.